HHalign-Kbest is useful to automatically obtain optimized alignments and models in case of low sequence identity (<35%) between a query and a template protein. It can generate k suboptimal (e.g. top-k scoring) alignments rather than only the optimal one which may contain small to large errors. 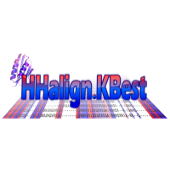 iSuperpose performs the 3D superposition of protein structures by best superimposing the alpha-carbons (or the backbone) of the proteins given a alignment specifying the correspondence between the structures. If no alignment is provided, a structural alignment will be calculated using TMalign. One the alignement is identified, the superposition is achieved using a quaternion based procedure using a specific eigen value calculation implementation. See QBestFit. 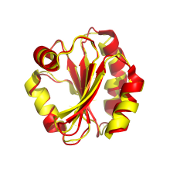 XmMol is a desktop macromolecular visualization and modeling tool designed to be easy to use, configure and enhance. Its graphics are based on X11, and part of its user interface is based on Motif. Thus it provides a way of displaying structures on any X11 server. Its main features are: 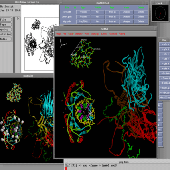 As our understanding of the mechanisms underlying evolution becomes more accurate, and the amount of protein data increases, the investigation of more and more sophisticated hypotheses becomes tractable. Also, the analysis of particular features associated with particular families of proteins becomes our concern.

Simulated protein sequences can provide an expectation under a null hypothesis against which real data can be compared. Different programs have been designed for such simulations, mostly with the aim of allowing the test of generic features such as the efficiency of phylogeny reconstruction methods or evaluating competing phylogenetic hypotheses. To investigate hypotheses related to the evolution of particular protein families, it becomes necessary that simulations take into account as much information as possible that can be inferred from a particular phylogenetic reconstruction.

CS-PSeq-Gen is a program derived from PSeq-Gen, a program developed by Nick C. Grassly and Andrew Rambaut, designed to simulate the evolution of protein sequences along evolutionary trees. CS-PSeq-Gen modifications are related to the aim of simulating the evolution of protein sequences under the constraints of the information of a particular reconstructed phylogeny: the "root sequence" that initiates the simulation, or the rate heterogeneity among sites are specific on each particular protein family. CS-Pseq-Gen will allow simulations to take such information into account. As well, exploring the evolution of one protein family and testing hypotheses makes often it necessary to have some control on the variability of the parameters. CS-PSeq-Gen will allow some control on the simulated tree / branch lengths around an average value. Finally, a particular category of applications for such simulations is the search for the significant co-evolution of sites. CS-PSeq-Gen offers some facilities to generate sequences under such hypotheses, and propose a basic scheme for their detection, that can be easily adapted by programmers.

This program may be used and distributed freely but only as the original compressed archive file. The author is grateful for any comments, suggestions or bug reports. 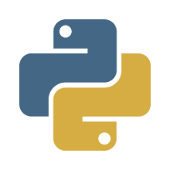 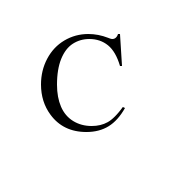 The two libraries described here were built from an analysis of crystallographic protein structures from the Protein Data Bank (PDB). Only proteins at least 30 amino acids long, having no chain breaks, obtained by X-ray diffraction with a resolution better than 2.5 Angstroms were retained. In date of november 2003, this resulted in a collection of 2926 protein chains presenting less than 30% sequence identity (489528 amino acids, not considering ALA, GLY and PRO). The libraries store the chi values, and the frequencies of occurrence of each conformation. Compared to our previous libraries, we use a different approach to determine rotameric values, since we use Gaussian filters, in a way similar to that described by Lovell et al., Proteins 2000 40:389-408. 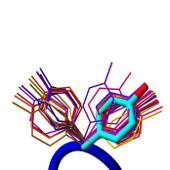 TEF is an open-source software for decomposing protein structures into simpler yet informative units named Tightened End Fragments (or closed loops), which can be studied independently to understand protein architecture, folding, and evolution. 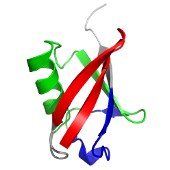 The Structural Bioinformatics Library (SBL) is a generic C++ / Python library, providing models and algorithms for structural bioinformatics, so as to foster our understanding of the relationship between the structure and the function of macro-molecules and their complexes.

Its design accommodates various molecular geometric models coding the physical and chemical properties of macro-molecular structures, and the variety of operations undertaken on these models.

Software components of the SBL are organized into four categories:

The SBL runs on most Unix systems (Linux and MacOS), and also on Windows. 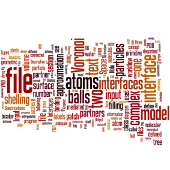